skip to main | skip to sidebar

Haven't blogged here in a while and i just made a new portfolio website months ago:

From now on, i will be updating stuffs at that site and also my twitter @magruderjazz, since i am too lazy to update on this blog. So this is might be the last post on this blog.

Anyways, today is the last day of the year 2015. An interesting year indeed, it's even better than last year. Here's a recap:

- Got invited to Asian Meeting Festival 2015 in February (thanks to dj sniff, Otomo Yoshihide, Japan Foundation, and all people behind it for the opportunity). So far, this event is the highlight of my life (hahaha) because me and riar (the co-director of BISING) got invited and paid to screened our movie BISING in Japan for the first time. Around 100 people came, so far it is still the biggest audience for BISING's screening. Got a little nervous to be a speaker alongside Riar, dj sniff, and Otomo Yoshihide (dude's a fucking legend in japanese experimental music scene). I also got a chance to meet interesting artists/musician from Japan and South East/East Asia.

- Riding the famous bullet train (shinkansen) from Tokyo to Kyoto and back for the first time (still, during the Asian Meeting Festival 2015). It is also my first time to Kyoto. Which led to this music video that i shot during the ride.

- A music video for Individual Distortion "Fuck You For Facilitating My Protest" is an Official Selection for Bangkok Underground Cinema 2015 (Thailand) and CINE UNDER Recife 2015 (Brazil).

- Finally Depriver, my band released it's second album "balderdash." on the internet. It has a music video (again, made by me, what a loner haha).

- BISING also got screened at several festivals in 2015:

Asian Meeting Festival 2015 (Tokyo/Japan)
Dokumentarnog Rock Filma 2015 (Vinkovci/Croatia)
Festival Bo:m 2015 (Seoul/South Korea)
International Documentary and Short Film Festival of Kerala (Kerala/India)
Grossmann 11 (Ljutomer/Slovenia)
The Thirteenth and The Last Experimental International Film Festival (Sydney/Australia)
and some screenning events in Israel, Poland, Thailand, Japan, Germany, Indonesia, and Bulgaria. No luck at Indonesian Film Festival though hahaha. More information on BISING's facebook site. BISING was also screened for the first time in Indonesia at Jogja Noise Bombing Week (Yogyakarta) and the second time at Rossi Musik, in my hometown, Jakarta. It was really crowded, around 80 people came, i think. I've never thought that it would be this crowded due to the small amounts of people who came to the previous screening in Yogyakarta.
- Went to South Korea for the first time in April! I got invited by Festival Bo:m for BISING (thanks to Park Daham and people behind Festival Bo:m). It was fun travelling around Seoul for 5 days. And there were also lots of people who came to the screening, (i think) 70% of it are females. hahaha.
- My short experimental documentary film that i made in Hong Kong last year, Solitary a.k.a 孤独 (Gūdú), were selected for Lausanne Underground Film and Music Festival (LUFF) 2015, HOMOTOPIA: Pop-Up Video and Film Exhibition and received an award for Best Hong Kong Film at Hong Kong Arthouse Film Festival 2015.

- Went to Singapore to see Yasutaka Nakata's CAPSULE and DWP 2015 for the first time haha.

- Took French courses, which is stupid.

- Made a music video for Aya Anjani. Great yet underrated singer songwriter from Serpong, Tangsel.

- Still haven't fully recovered from an ankle pain that i received in the middle of the year during my attempts at skateboarding.... fuck.

Well, goodbye for now.
Happy new year.
Posted by Unknown at 11:51 No comments: 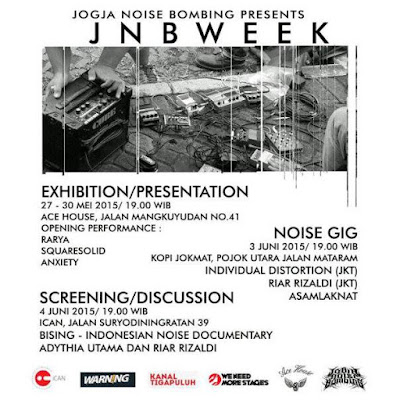 Me and Riar Rizaldi made a music video for Bin Idris during our trip to Tokyo and Kyoto weeks ago.

"Rebahan" by Bin Idris
Edited by Riar Rizaldi
Shot on Blackmagic Pocket Cinema Camera
Posted by Unknown at 08:39 No comments:

For those who live in Israel, BISING will have another screening next month at 4th February, in Jerusalem.
(yes i forgot to post the first one, Listen to the Static #1, it was held at 18th January, and yeah it was an Israel premiere)

This will be the 3rd time our film will be screened alongside Matthieu Canaguier's "A l'Est de l'Enfer".

Listen to the Static#2:

Bising - Adyhtia Utama
A local point of view about the biggest underground music scene in Indonesia - the noise music scene.

&&&&& If that's not too much fun already...
The Legendary Doom Horror Noise Solo: Maxim Turbo is back in Israel from Icelandic tour, greeting us with his truly awful sound.

DJ-duo Hara Narcoman and Zona Metumtemet will play tunes ranging from hardcore varieties to sick industrial and doom that will please your senses and lull you to bed.

Special thanks to Nathalie and nova cinema for making this happen!
Posted by Unknown at 04:13 No comments: 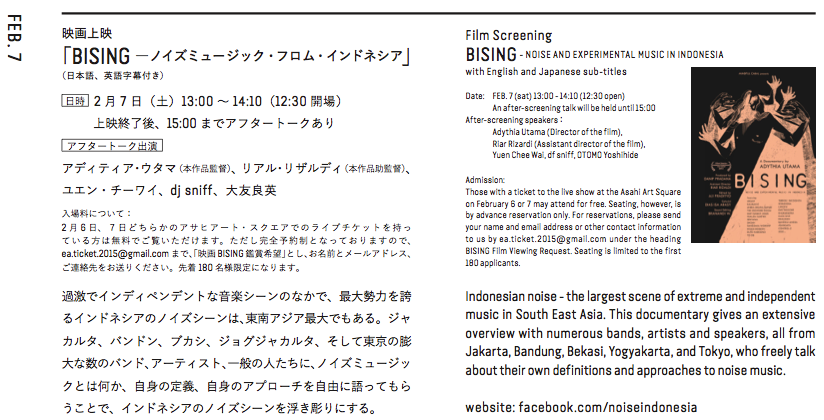 
Me and Riar (the assistant/co-director of BISING) will be at Tokyo next month for a screening in Otomo Yoshihide's Ensembles Asia Music Network / Asian Meeting Festival 2015. It's a music festival, and BISING is the only movie that parttake in it.

Those with a ticket to the live show at the Asahi Art Square on February 6 or 7 may attend for free. Seating, however, is by advance reservation only. For reservations, please send your name and email address or other contact information to us by ea.ticket.2015@gmail.com under the heading BISING Film Viewing Request. Seating is limited to the first 180 applicants.

Indonesian has the largest scene of extreme and independent music in South East Asia. This documentary gives an extensive overview with numerous bands, artists and speakers, all from Jakarta, Bandung, Bekasi, Yogyakarta, and Tokyo, who freely talk about their own definitions and approaches to noise music.

Kenshiro, a noise/drone duo from Jakarta, Indonesia consisting Danif Pradana (guitar) and Yonathan Harvridus (bass) performing at Cafe Mondo a few days ago. Shot by me and edited by Danif Pradana.
Posted by Unknown at 03:19 No comments:

Labels: created by me, video

But it's been an interesting year for me so far.

- After 2 and a half years of work, i quit my position as head of documentation at JKT48 Project in January.

- Before i left, the group titled a song after my name haha that was fucking hilarious.

- Made a concert film "Lemuria live at Rossi Musik Fatmawati", which i can say is the best concert ever that i attended in 2014!

- Since i have lots of free time after the JKT48 project, i finally got a chance to finish my own documentary movie that i've been doing since 2010,  "BISING". A big thank you to lots of friends who helped me finish this movie!

- Going solo vacation to Macau and Hong Kong and screened "BISING" for the first time (world premiere!) at Re-Records event: Subliminal Lounge #1. Thanks to Dennis Wong for making this happen. Few people came, i think it was around 20 people, it's not a big number but i get a chance to meet new people, that's the only thing that matters.

- Made an experimental documentary about my trip to Hong Kong "孤独 (Gūdú / Solitary)".

- Eurotrip to Neatherlands, Switerland, and Germany.


- "BISING" got an official selection at LUFF 2014 (Lausanne Underground Film and Music Festival) alongside "A l’Est de l’enfer", for the Extreme Indonesia programme.

- And also screened a week before at Cinema Spoutnik in Geneva for GLUFF 2014 (one of the pre-events of LUFF).

- Got a chance to see Antemasque concert live in Switzerland.

- Going to Sulawesi for the first time.

- 孤独 (Gūdú / Solitary) got selected at Artfools Video Festival that will be held in Larissa, Greece next year.

Here's hoping for more interesting things to come next year! 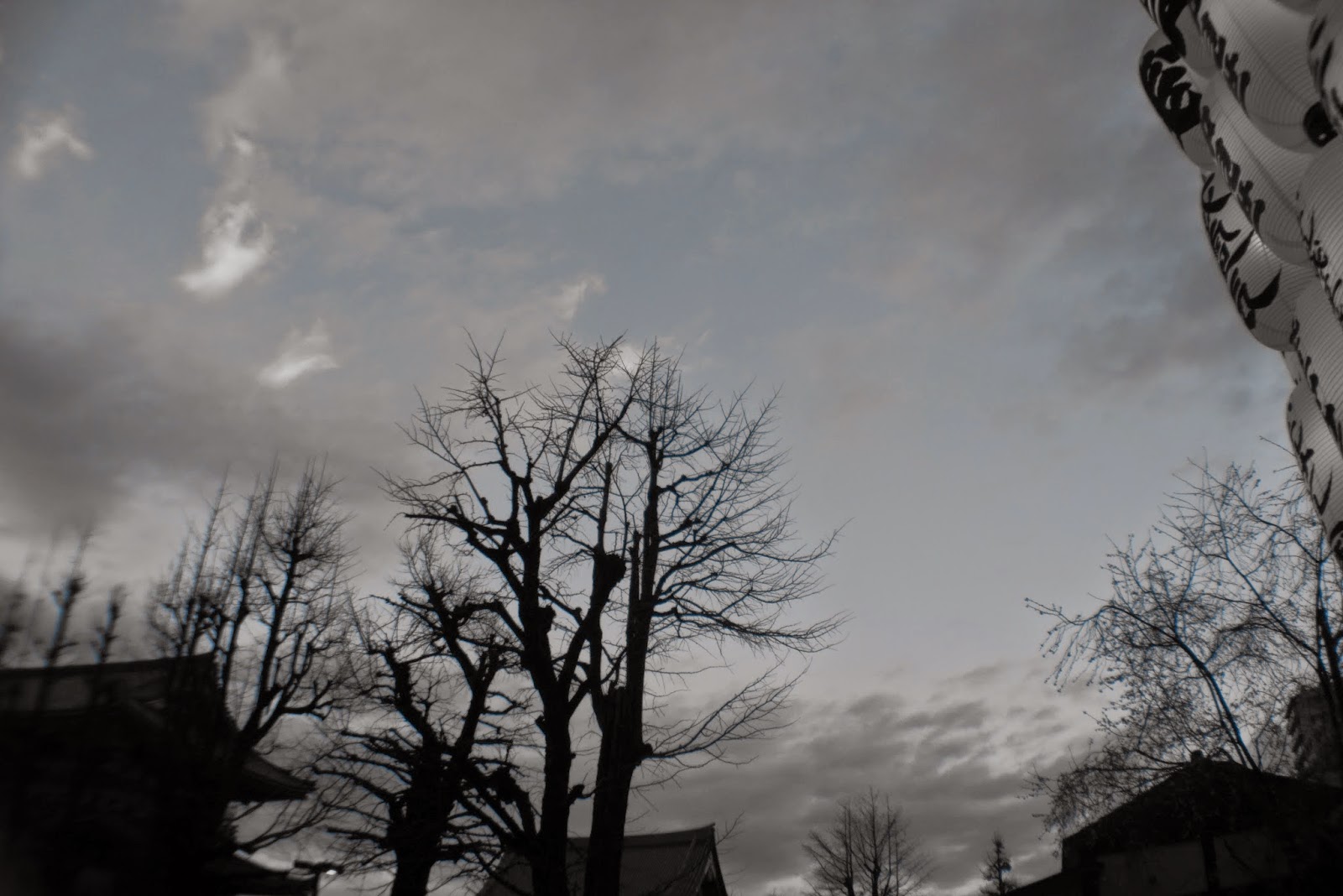 This is a teaser for BISING, made by Riar Rizaldi, the co-director of this movie.
Posted by Unknown at 14:50 No comments: 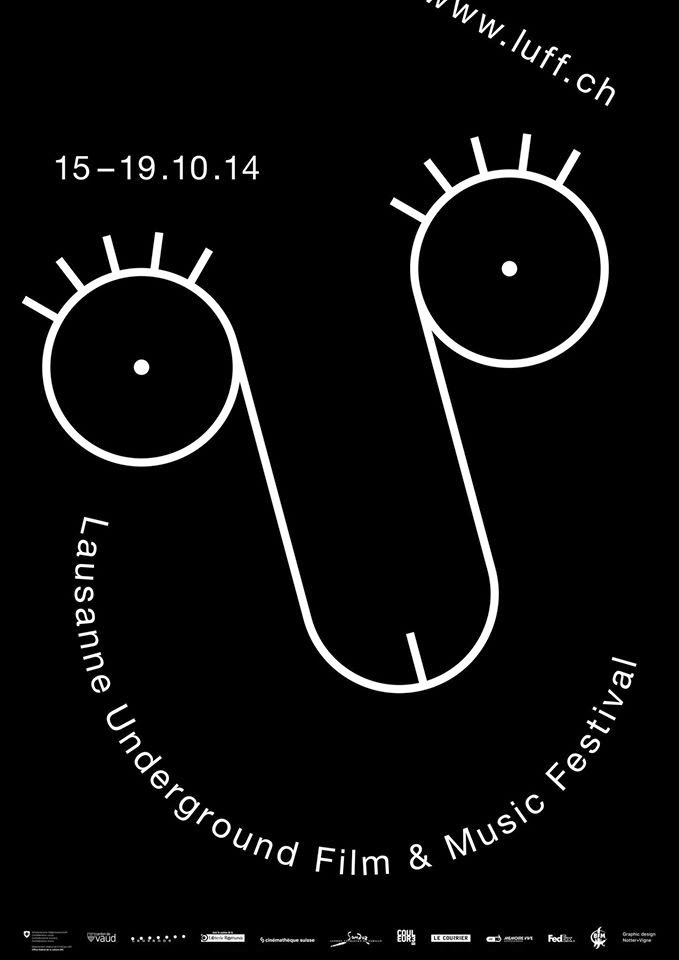 My film, BISING is on Lausanne Underground Film & Music Festival 2014 Official Selection! I am honored to take part in this festival with those international artists in underground film and music.

Helping my friends from the band Marsh Kids. They needed a lyric video to promote their new single "Inclination", so i made one. Marsh Kids is a supergroup consisting members of Sore, San Teletone, Polka Wars, Duck Dive, and Tigapagi. Shot with Blackmagic Pocket Cinema Camera.

Trivia: there's one pseudo-member in the video, he's the member of Klarinet, an old band from Jakarta.
Posted by Unknown at 16:58 No comments:

Labels: created by me, edited by me, local scene, video


BISING's European Premiere! I will be at Geneva, Switzerland on 11th October 2014 for another BISING screening. Show starts at 21:00 sharp. If you're around, please be there!
Posted by Unknown at 08:29 No comments:


"Tambuah Ciek!" is a short documentary movie that me and Gilang Qidra Ramadhan made in 2010. The movie was our final assignment in Jakarta Institute of the Arts. I directed the movie while Gilang's in charge of the sound department, and we both edited the movie using Adobe Premiere CS3. The movie follows the journey of Adjis visiting several Minangnese places to eat in Jakarta.
Posted by Unknown at 14:13 No comments:

One of my favorite japanese noisecore band, Sete Star Sept, performed at Bekasi months ago. I interviewed Kiyasu, (the drummer) for my upcoming documentary, BISING. He used to play drums for canadian powerviolence act The Endless Blockade, in fact he's one of the founding member (quite random eh).
Posted by Unknown at 19:37 1 comment:

I Also Read These